What Should not Reflect the Comparability Adjustments Performed in the DIIPTs?

On November 3, 2022, the Administrative Litigation Chamber, Fourth Section, issued the second instance ruling CE S IV-2022, which establishes that taxpayers’ accounting should not reflect the comparability adjustments performed in the Information Transfer Pricing Statements (DIIPT) and their exemption from the obligation to keep separate or segmented accounting records for each business activity performed.

On April 18, 2016, the DIAN issued the Revised Official Assessment No. 172412016000004, confirming entirely the modifications proposed in the special requirement due to the non-compliance with the Arm’s Length Principle in the DIIPT for the 2012 period.

On June 17, 2016, TERNIUM DEL CAUCA S.A.S. EN LIQUIDACIÓN filed an appeal for reconsideration against said Assessment. In response, on May 4, 2017, the DIAN appealed for reconsideration filed through Resolution No. 3034 to confirm the modifications made in the appealed act.

The plaintiff alleged that the defendant’s acts reduced the value of costs in its income tax return of 2012 due to the adjustment performed in the value of income in its DIIPT of the same year for $4,204,629,000.

She clarified the main reasons for its modification were that the value of income in the financial statements did not coincide with those reported in the DIIPT and that the company only had one activity related to the steel industry and not two independent activities, as established in its Information Transfer Pricing Statement.

She argued that the expert opinion submitted in response to the special injunction is appropriate, relevant, and timely, thus, there is no place for its rejection, as the DIAN did by arguing that it is a new transfer pricing study.

In addition, she explained that the expert opinion confirms the compliance with the Arm’s Length Principle since the Comparable Uncontrolled Price method results in the same with both internal and external comparables and, therefore, there was no price manipulation with related companies.

She stated that the comparables chosen by the DIAN to determine that the Arm’s Length Principle was not complied with and the segmented financial information was not considered, thus the interquartile ranges were not accurate. She alleged that the comparables employed by the DIAN to question the information of the DIIPT are not appropriate because they do not perform similar activities to those of the plaintiff, and there are no reasons that undermine the adjustment performed in the DIIPT of 2012.

Finally, the plaintiff clarified that the expert opinion does not adjust the income to demonstrate that the adjustment made did not change the compliance with the Arm’s Length Principle, complying with the adjustment or not. In addition, the company carried out independent transactions, and therefore segmented financial statements were required.

3. Arguments of the DIAN

The DIAN explained that the adjustment made by the plaintiff of income in its DIIPT is not appropriate due to its non-compliance with the provisions of articles 260-2 and 260-3 of the Tax Statute by exceeding by $4,204,629,000 the mentioned item of the company’s financials. Consequently, due to the absence of accounting and special reasons, the adjustment through assumptions of future income was not appropriate.

This stated that it is appropriate to impose the penalty for inaccuracy and tax losses jointly since they are independent but related penalties and, therefore, it is not a violation of the non-bis in idem principle when applied in the same economic circumstance.

He explained that the plaintiff did not comply with the arm’s length principle in its DIIPT because it made its comparability analysis as if it performed two activities in the steel industry (conditioning and preparation and other manufacturing), but through a visit to the plaintiff’s facilities it could be established that it only performed manufacturing operations. Consequently, the comparables should have been only steel manufacturing and, therefore, the comparability with steel conditioning and preparation companies was not appropriate.

4. The decision of the Chamber

According to what has been stated by the Chamber, the arm’s length principle requires that a comparability study be carried out between the operations carried out between related and independent companies but such a study requires that between the comparable parties, there are economically similar characteristics. However, if the economic characteristics are not similar and affect the prices or transaction margins, adjustments must be made to eliminate the effects of the differences.

In addition, it is not appropriate that from only one visit of a DIAN official to the plaintiff’s facilities it was concluded that it only carried out one activity with steel since there is no evidence of technical reasons for such a conclusion. It is clarified that […] in the challenged acts the DIAN does not justify significant differences, so the comparable companies used by the plaintiff in its DIIPT have been rejected. 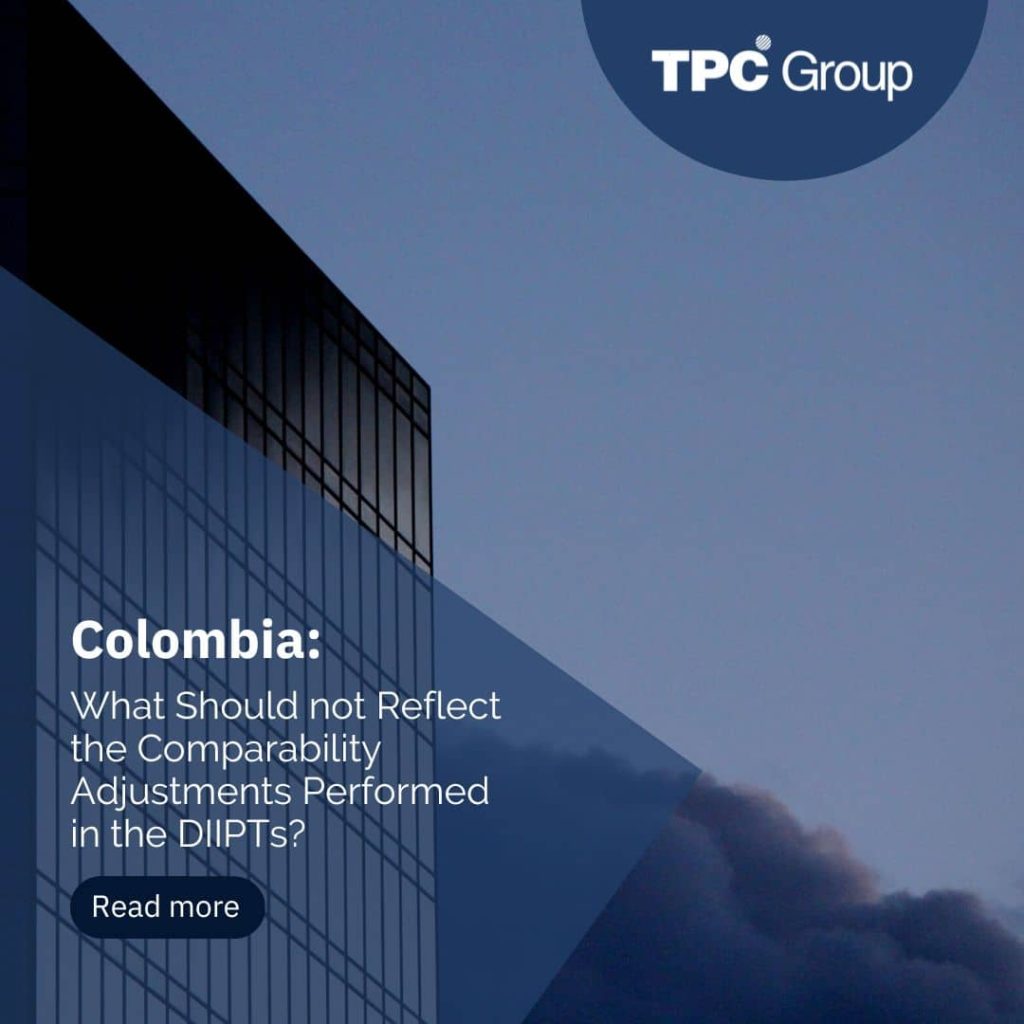