According to Publio De Gracia, director of the DGI (Dirección General de Ingresos – Directorate General of Revenue) estimated that the collection would be approximately B/. 66 million. However, currently, the figure exceeds B/. 135 million, leaving a positive message.

He added that taxpayers are coming to the DGI offices, not only in the capital but at the provincial level and also in shopping malls. “We are in Atrio Mall until Sunday and next Monday, August 30 and Tuesday, August 31, also in Multiplaza and Metro mall, from 11:00 a.m. to 5:00 p.m.,” said the director.

The amnesty expires today, being taxpayers on time to take advantage of the opportunity with the benefits of forgiving up to 85% of the payment of interest, surcharges, and fines, as well as the possibility of reaching payment arrangements until this December 31.

Regarding Panama’s tax revenues, the first half of 2021 amounted to 2,109 million dollars, 35.3% above budget, reflecting that domestic consumption is reviving after the severe blow to the economy generated by the pandemic, reported the note published by Panama America.

The Ministry of Economy and Finance (MEF) said that between January and June, the accumulated current revenues amounted to 2,758.5 million dollars, corresponding to 76% or 2,109 million to tax revenues.

Finally, the DGI director pointed out that the figures show that economic activities are improving, indicating that internal and external consumption is reactivating, according to official information. 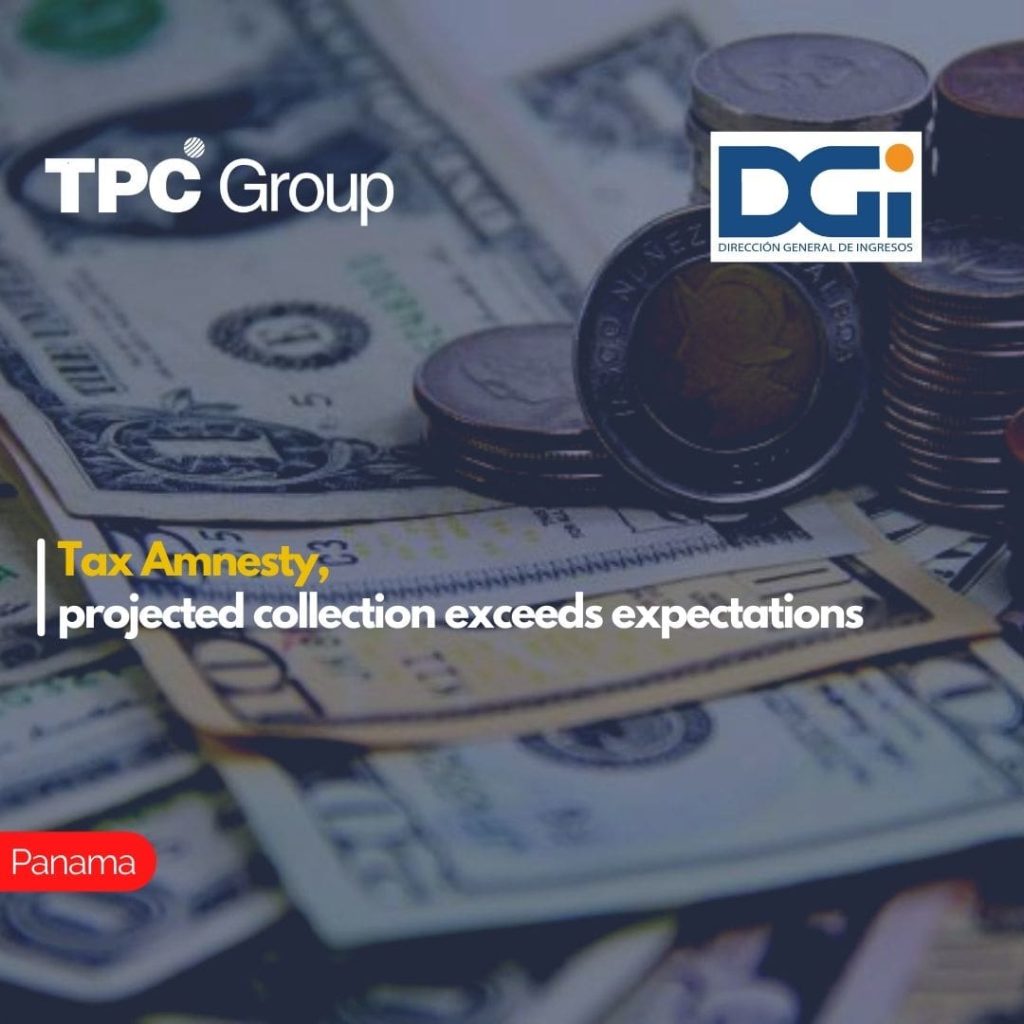