Is it possible to raise taxes on mining?

For Caretas, Enrique Chavez, executive of the SNMPE (Sociedad Nacional de Minería, Petróleo y Energía – National Society of Mining, Petroleum, and Energy), pointed out that formal mining companies currently pay 47% of their profits in taxes, royalties, and a total of eight tax items. Furthermore, mining has contributed almost 20% of the taxes paid by all Peruvian companies in the last 10 years.

Nowadays, the Government will request powers to Congress to legislate on tax matters, among others, and the mining tax regime is the focus of the debate.

On this tax issue, the Minister of Economy, Pedro Francke, had already advanced that the request for powers will prioritize the implementation of an additional tax on mining, which would imply “a readjustment of rates in a combination of the types of taxes existing now”.

Likewise, he pointed out, “We are considering it now only for mining because it is what has particularly high prices for the range in which companies have a high-profit margin. We don’t want to take away competitiveness when prices go down, implying a slowdown or stopping some mining projects,” stated Francke to Bloomberg.

On the other hand, the former minister of the same sector, Luis Miguel Castilla, said, “I do not see where we are going to grow at the levels estimated by the government, which foresees a growth of 4.8% next year, supported by mining and public investment. Well, let’s see if mining does not slow down with all the changes in the tax framework they intend to make”.

Similarly, Pablo de la Flor, executive director of the SNMPE, recalls that in 2011, the mining tax framework was already renegotiated during the famous debate on over-profits during the government of Ollanta Humala. Back then, there was a period of very high prices, and the issue ended up in taxes on extraordinary profits, increasing the burden during those periods, which is still in force.

Currently, the SNMPE Executive said that formal mining pays a higher percentage than Peru’s main mining competitors: Australia (44.3%), Chile (40.7%), and Canada (35.5%). In the last 10 years, mining contributed almost 20% of the taxes paid by all companies in Peru.

Finally, he clarified that a totally wrong idea is being circulated related to tax refunds in the media. However, there is only a mechanism for the IGV (Impuesto General a las Ventas – General Sales Tax) refund as for exports.

It is expected that the Government’s considerations in the end “do not end up killing the goose that lays the golden eggs”.

Click on the following link to read the full article: 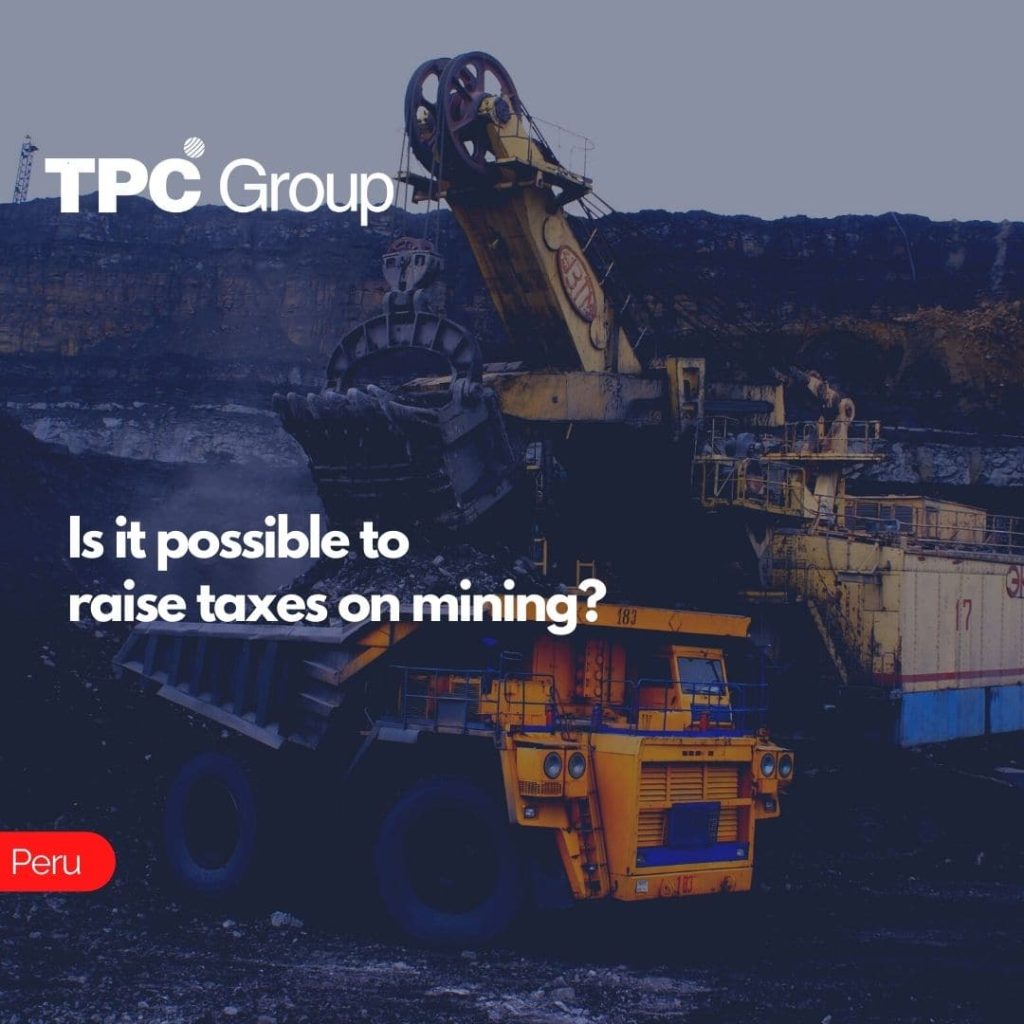