On October 21st, Report No. 000084-2021-SUNAT/7T0000 was issued to resolve an institutional consultation on the meaning and scope of the tax regulations, specifically on the following:

If a Peruvian company has net foreign source losses accumulated from previous periods or generated in the same fiscal year, can it offset them against its foreign source income?

According to Article 51 of the Income Tax Law, taxpayers domiciled in the country shall add and offset among themselves the results of their foreign income-producing sources. However, only if such operations result in a net income, the same shall be added to the net labor income or

to the net corporate income of Peruvian source, as applicable, based on Articles 49 and 50 of said law.

In addition, in no case will the total net foreign source loss be computed, which is not offsettable to determine the tax.

However, Article 50 of the Income Tax Law establishes that the Peruvian income tax regulations provide as an exception to the independence principle of fiscal years the case of the total net loss of the third category of Peruvian source by allowing its offset against the net income of the third category of subsequent fiscal years, but it does not contemplate the possibility of applying such offset against the net income of foreign source obtained, among others, by legal entities in the referred subsequent fiscal years. 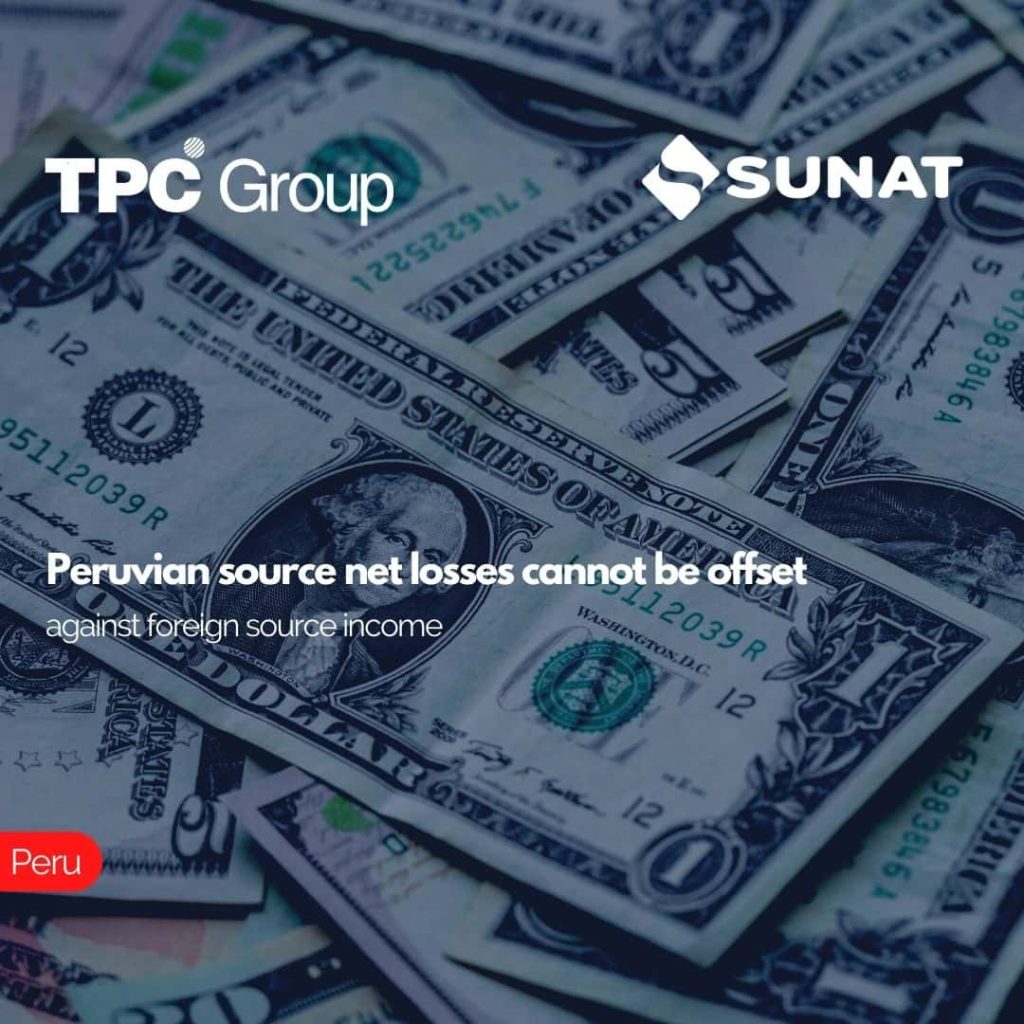