Through the Nullity Action No. 1108-2018-Sullana, the Supreme Court of Justice of the Republic confirmed that the reports issued by SUNAT (Superintendencia Nacional de Aduanas y de Administración Tributaria – National Superintendency of Customs and Tax Administration) officials are pre-constituted evidence in tax crimes.

On January 9, 2019, the convicted Socorro De Los Milagros Saavedra Silva filed an appeal for annulment against the sentence of May 14, 2018 (page 2420), issued by the Criminal Court of Appeals with Liquidating Functions of the Superior Court of Justice of Sullana, which convicted her as the author of the crime of tax fraud in the modality of improperly obtaining tax credit, imposing her eight years of imprisonment with the rest it contains.

According to the sentence filed, the accused would have been the author of the crime of tax fraud in the modality of improperly obtaining tax credit. Before this, aiming to obtain the nullity of the sentence, Saavedra alleged that she would be innocent since the responsible for the facts would be Angel Talledo Yarleque, her cohabitant who misled her to obtain the RUC (Registro Único de Contribuyentes – Single Taxpayers Registry) before the SUNAT, being he the one who used it and carried out all the frauds, taking advantage of his knowledge as a processor before the said entity.

On the other hand, she argued the reports issued by the SUNAT officials should not be considered as pre-constituted evidence since they are unilateral and issued by them without any control. Reports individually pointed out her as responsible for the facts since it would have been discovered that she had full knowledge of the actions committed by her cohabitant.

According to the magistrates analyzing the case, the facts imputed to the convicted Saavedra Silva are provided for in Article 4 a, paragraph 4 of Legislative Decree No. 813, which establishes one of the modalities of the type of tax fraud, i.e., when exemptions, tax credits, offsets, refunds, tax benefits, or incentives are obtained by simulating the existence of facts that allow the enjoyment of such benefits or incentives.

Likewise, as could be seen in Report No. 879-2007-2M0200 prepared by SUNAT-Piura auditors María Isabel Mariño Adrianzén and Aida Mercedes Lam Chuquizuta, it could be demonstrated that the convicted person knew her invoices were commercialized since upon cross-checking the information provided by the client companies, it was determined that she was the one who cashed and endorsed the checks.

Regarding the validity of such a report, the court rightly cited article 194 of the tax code, which states the technical reports issued by the auditors who conducted the administrative investigation of the alleged tax offense have the value of institutional expertise for all legal purposes. This is because said report has had to go through the corresponding specific procedures of tax auditing -crossing of information, the collaboration of third parties, and other valid means- to detect tax injustices. This means that properly speaking, it is institutional expertise and has to be valued, as such. 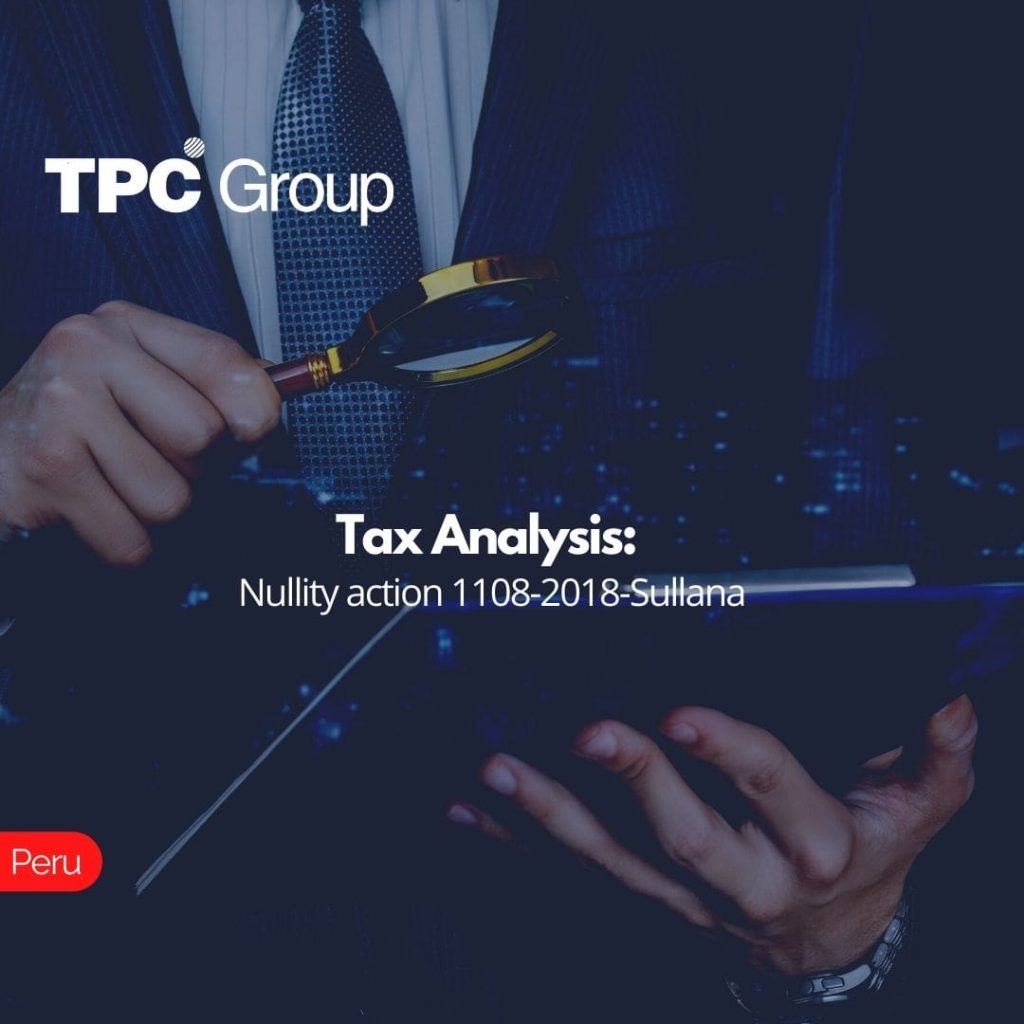