Application of the Arm’s Length principle

According to the new Transfer Pricing Guide for Multinational Enterprises and Tax Administrations 2022, the Arm’s Length Principle comes from a thorough “Comparability Analysis.” This is because the method in question is based on a comparison of the conditions under which a transaction took place with the conditions that would have occurred if the parties had been independent and had entered into a comparable transaction under comparable conditions.

There are two key aspects to the comparability analysis. First, it aims to identify the commercial or financial relationships there are between the partners of a company, as well as the relevant economic conditions and circumstances of the transactions between them. On the other hand, the second element consists of comparing such transactions with those conditions carried out between independent parties within the market, which have similar characteristics to the transactions under analysis.

The comparable analysis process is extremely important since it identifies the economic and financial conditions to which the group’s transactions are susceptible. For this reason, the preparation of such a study requires a broad knowledge of the sector in which the multinational group operates (e.g., mining, pharmaceuticals, luxury goods) and the factors that affect the performance of any business operating in that sector.

General knowledge of the sector derives from an overview of the activities of each particular group; this should include the business strategies applicable at the date of the analysis, the markets in which they operate, the products or services they provide, the supply chain they manage, the key functions performed by group members, the material assets used and the significant risks assumed.

Once the analysts have been trained in the multiple conditions of the sector or sectors in which the multinational groups operate, the next step is to identify how each group operates within the multinational conglomerate. In this sense, an analysis is made of what the group does (i.e., in the case of a production company, the process it carries out for the operation of the business is analyzed) and also, the commercial or financial relationships that the group maintains with associated or related companies are identified.

Once the factors described in the previous paragraph have been considered, the analyst must collect the particular characteristics, economically relevant to the transaction under study. These characteristics are those conditions and circumstances in which the transaction was carried out. In this sense, the application of the arm’s length principle aims to determine whether the conditions established in the transaction under analysis are objectively similar to those that maintain comparable circumstances within the market.

2. Relevant characteristics to be considered

According to the new guidelines established by the OECD for 2022, the comparability factors or also called “economically relevant characteristics,” which should be identified in transactions between related companies, may be classified as follows; (OECD; 2022)

It is important to note that the above information should be considered “Relevant Economic Characteristics of the operation.” Therefore, it will have to be included in the local report of the transfer pricing analysis to provide support to the analysis performed against the taxpayer.

3. Phases within the Transfer Pricing Analysis

The economically relevant characteristics, or comparability factors, mentioned in the previous section, are used in two different but related phases of the Transfer Pricing study.

The first phase consists of specifying the elements of the transactions carried out, for this purpose, the terms, the functions performed, the assets used, and the risks assumed by the related companies of a multinational group will be included in the analysis. Likewise, the nature of the products transferred or services rendered will be considered.

The second stage consists of using the analysis performed on the identified characteristics to compare them within controlled and uncontrolled transactions. To make such a comparison, taxpayers and tax administrations, after identifying the relevant characteristics of the related transaction, must establish the particular differences that stand out between the same circumstances occurring in similar situations in transactions carried out by independent parties.

The aforementioned comparison allows a direct estimation of the price agreed between the parties, and whether it would have been the same if it had been performed by independent parties. However, this is only feasible when the method applied can ensure a comparison between all the relevant uncontrolled characteristics of the transaction, without exception, and not only in certain highly relevant points that significantly affect the price charged by independent companies. Notwithstanding the above, if there is a difference between the situations being compared, a “comparability adjustment” should be made. 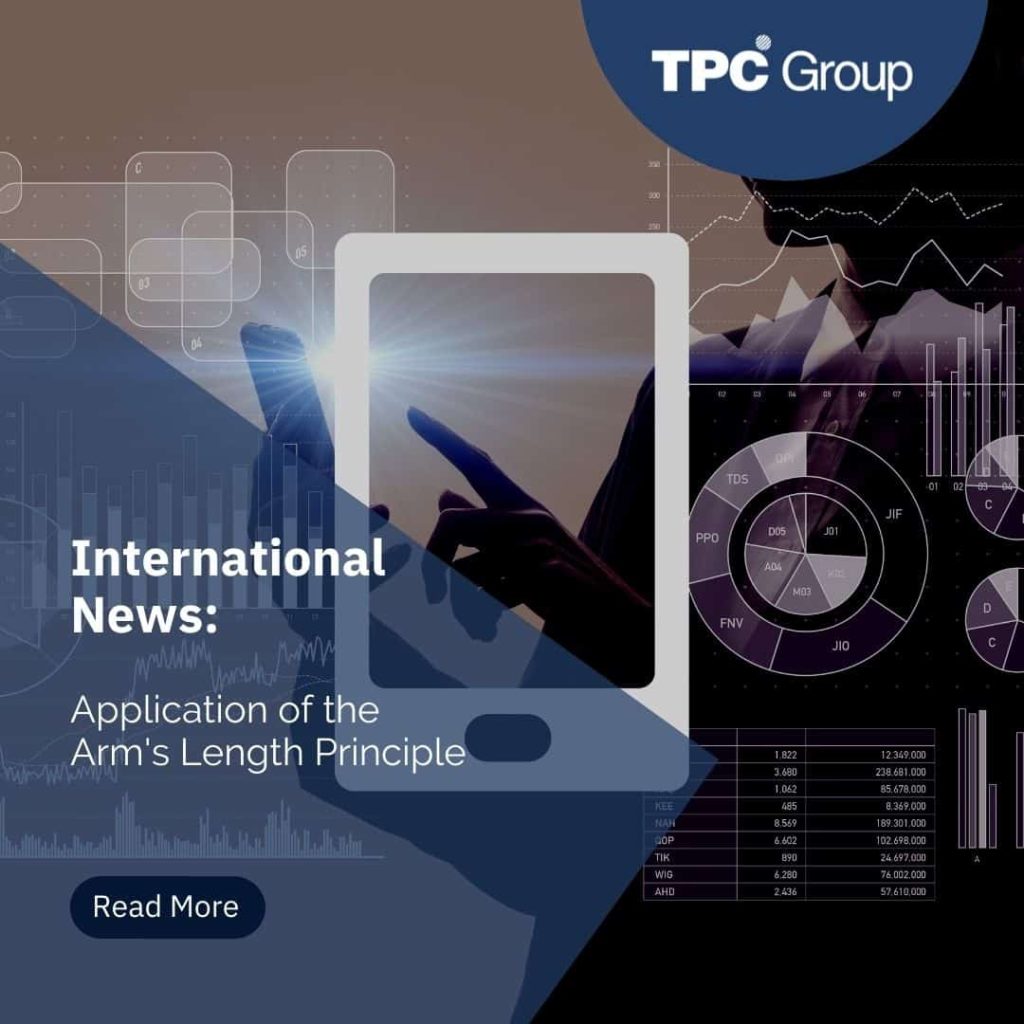