Entities subject to form 3001 In Uruguay

The transfer pricing regime in Uruguay is regulated in Chapter VII, Title IV, of the 1996 Ordinance and amendments thereto. Also, in 2017, the Master File and Country-by-Country Report (CbC Report) were incorporated to such legislation, by means of Law N°19484, in order to be filed by certain taxpayers.

The purpose of this article is to provide information on the main aspects of the formal obligation to file a Transfer Pricing Information Affidavit.

Scope of Application of Transfer Pricing in Uruguay

The following taxpayers are subject to transfer pricing rules:

Taxpayers who meet any of the following conditions are obliged to file the transfer pricing affidavit:

The informative affidavit shall be filed before the DGI by means of Form N°3001. As regards the deadline, it must be filed up to the ninth month as from the closing of the corresponding fiscal year.

Pursuant to Article 46 of Title IV, bis, of the 1996 Regulations, specific penalties are established for non-compliance with transfer pricing rules. Thus, failure to comply with the formal obligations in this matter will be sanctioned in a graduated manner, according to article 100 of the Tax Code of Uruguay, under the fine regime of the fourth paragraph of article 469 of Law No. 17,930, in the wording of article 68 of Law No. 18,083.

The aforementioned article establishes a fine which may amount to up to one thousand times the maximum fine for contravention, established in article 95 of the Tax Code, which ranges from $480,000 to $8,970,000. 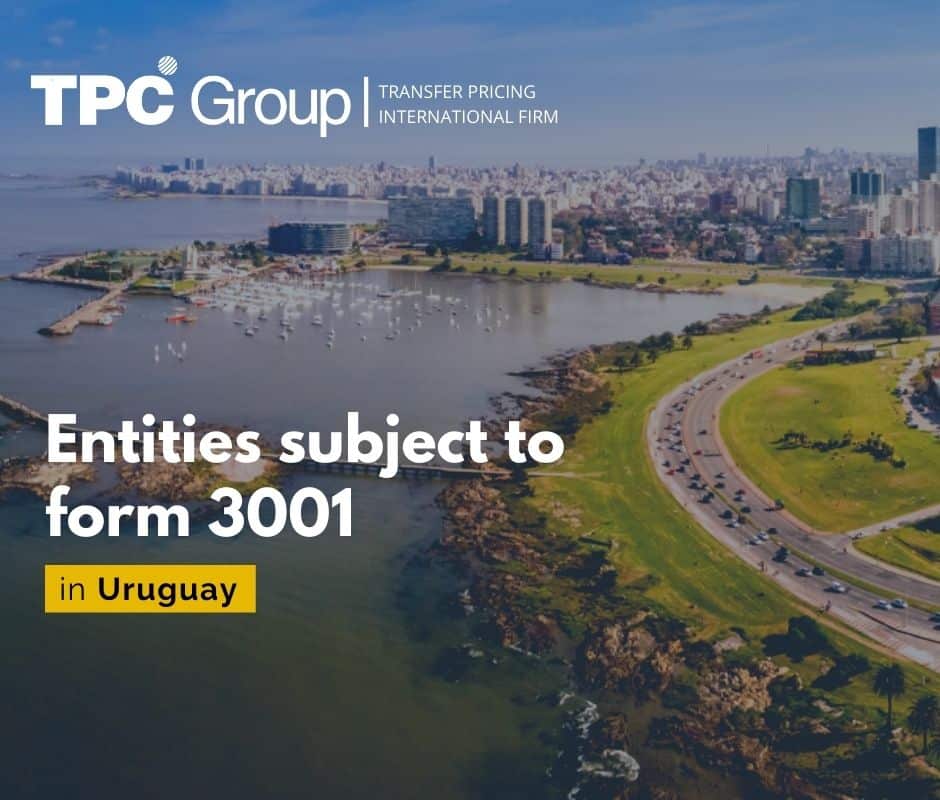