Taxpayers who are Ultimate Parent Company or Member Entity of a Multinational Group that are tax residents of the Dominican Republic and whose consolidated income is equal to or greater than RD$38,800,000,000.00 (thirty-eight thousand eight hundred million Dominican pesos and 00/100) are covered by General Standard.

A member entity is:

It should be noted that the Country-by-Country Report consists of an annual report through which the parent company or the reporting entity, as applicable, must submit the information contained in Annex I of General Standard.

4. Member entity other than the ultimate parent company

A Member Entity residing for tax purposes in the Dominican Republic, which is not the Ultimate Parent Company of a Multinational Group, shall file the Country by Country Report before the DGII, no later than twelve (12) months after the last day of the closing of the fiscal year to file the information of the Multinational Group, if any of the following conditions are met:

6. Application of the general standard

The general standard will apply as of the Reporting Fiscal Year 2022 of the Multinational Group. 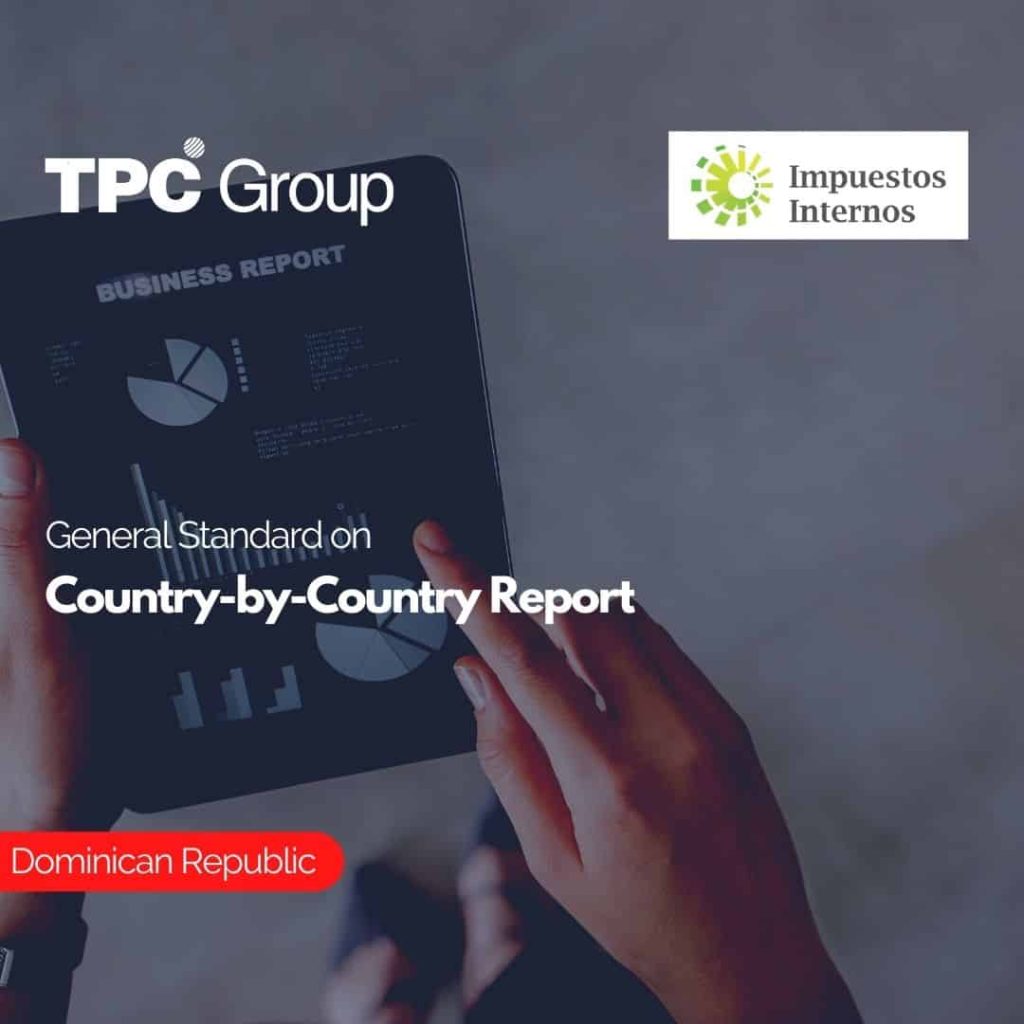