Suspension of the National Taxpayer Registration due to noncompliance

The General Directorate of Internal Taxes has issued Notice No. 24-21, whereby the National Taxpayer Registration is suspended due to non-compliance with tax obligations.

The DGII (Dirección General de Impuestos Internos – Directorate General of Internal Taxes) under the provisions of Article 24 of General Regulation No. 04-21 on the RNC (Registro Nacional de Contribuyentes – National Taxpayers Registration) dated June 7, 2021, hereby informs that the suspension thereof will begin for taxpayers (individuals or legal entities) who have not filed any tax return for the last twenty-four (24) months uninterruptedly nor paid any undeclared taxes during the said period.

Taxpayers with their RNC in suspended status will have the following consequences, among others:

3. Reactivation of the RNC

Taxpayers may reactivate their RNC by filing and/or paying all pending tax returns, as well as the remission of the filing formats (if applicable) of the taxes corresponding to the last three (3) years through the Virtual Office or at the corresponding Local Administration.

The DGII will not require the payment of the fine to reactivate the RNC. However, it may be subject to other penalties for non-compliance with formal duties, as established in Articles 50, 253, 254, 255, 256, and 257 of the Dominican Tax Code. 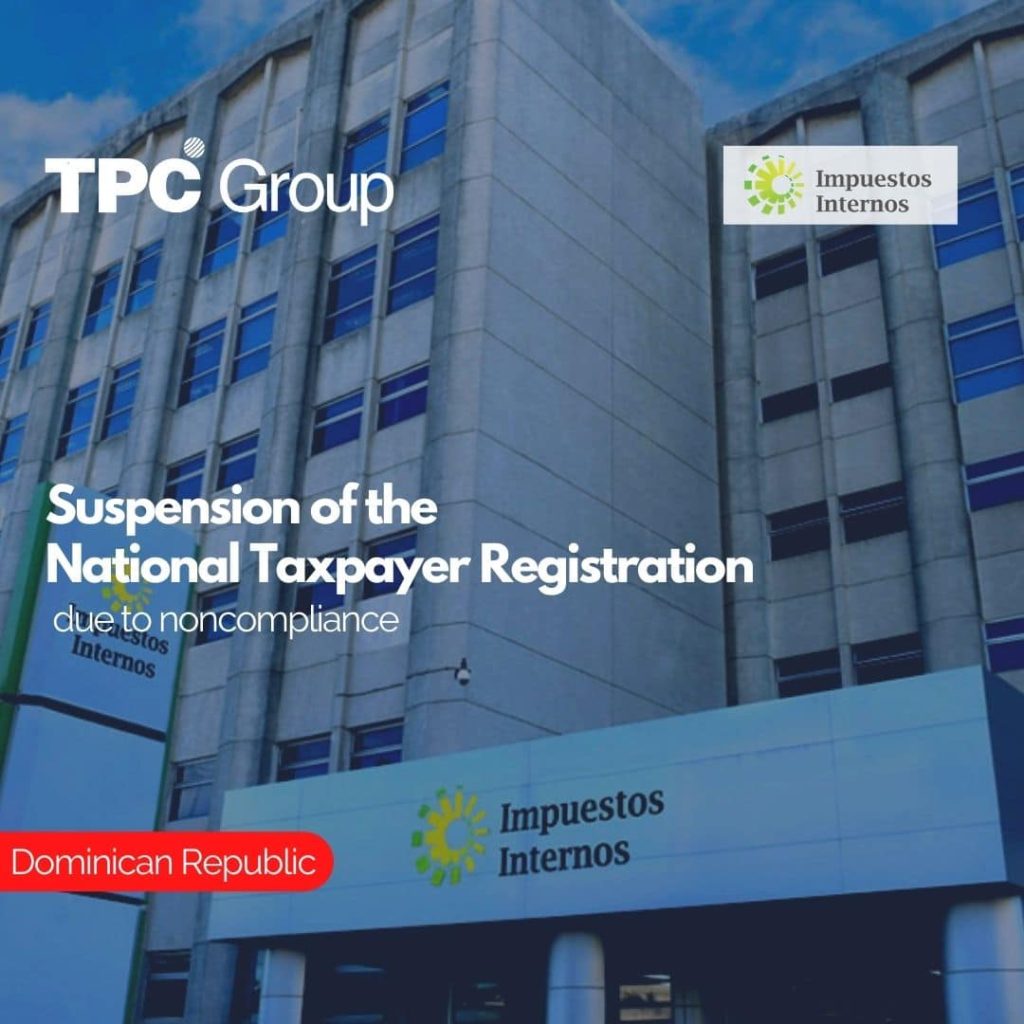