The base salary in Costa Rica – Setting fines and penalties

Last December 2019, the Superior Council of the Judiciary, through Session Nª109-19, established the base salary for 2020 in Costa Rica amounting to ¢450,200 (four hundred and fifty thousand two hundred colones exact).

Consequently, there would have been an increase of around 1% compared to 2019, which was set at ¢460,200 (four hundred and sixty thousand two hundred colones).

It corresponds to the monthly base salary of the “Clerk 1” of the Superior Council of the Judiciary, according to Law 7337 dated May 5, 1993.

Difference between minimum salary and base salary

It should be noted that it differs from the minimum monthly salary since the latter is set by the Ministry of Labor, according to a certain profession or job, depending at the same time on the economic sector.

Importance of the Base Salary

The base monthly salary is a very important parameter for setting fines, penalties, and taxes.

The Costa Rican Criminal Code establishes crimes that have as determination of the penalty a reference to the base salary, such as aggravated robbery, simple theft, swindling, and non-compliance of food duty.

It is also used to set fines related to the Labor Code if employers do not comply with the provisions of the Conventions of the International Labor Organization (ILO).

Likewise, it serves as a parameter in the Alimony Law, as for the fixing of the alimony is given when the feeder is a non-wage earner, the pension will be updated according to the variation of the base salary.

Finally, it is also used in Costa Rican tax regulations, such as the Legal Entity Tax Law in Article 3, which establishes an annual rate for mercantile companies and branches of foreign companies, amounting to 15% of the monthly base salary.

Likewise, the Real Estate Tax Law refers to this tax when it indicates those exempted from it, stating that real estate constituting the sole property of individuals and whose value is a maximum of 45 base salaries will not be subject to this tax.

Regarding the imposition of tax fines, the base salary determines their ceilings, as in the case of transfer pricing fines, which can not be less than three base salaries or more than 100 base salaries, although they are based on a percentage of the net income. 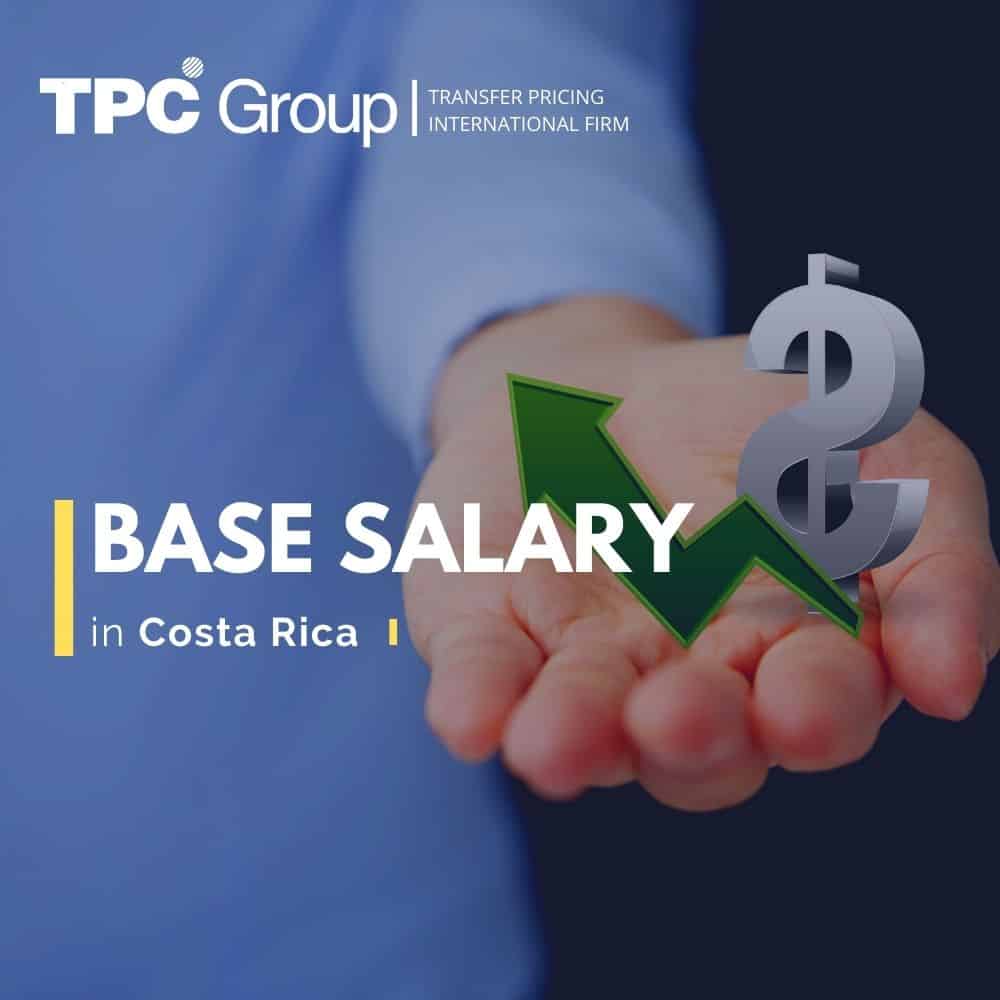